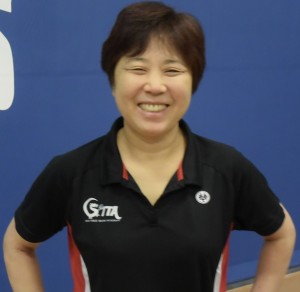 Lijuan GengHead Coach
Lijuan is 4 times World Champion, former World #1 and member of the Chinese National Team and has since represented Canada internationally including the 1996 and 2000 Olympic Games.
Get In Touch

Lijuan is 4 times World Champion, former World #1 and member of the Chinese and Canadian National Team. She moved to Canada in 1989 and has represented Canada internationally including the 1996 Atlanta and 2000 Sydney Olympic Games. Her illustrious career include winning numerous international Open tournaments such as the French Open, US Open, Italian Open, German Open, multi gold medalist at the Pan American Games and many times Canadian and North American Champion.

Lijuan has always had a passion for table tennis, and so, after she stopped competing she has created the Geng Table Tennis Academy. Jimmy Pintea, Sonia Qin, Andrea Liu, Ly Quan Li, Shannon Zheng have all worked with Lijuan in the past at the GTTA. 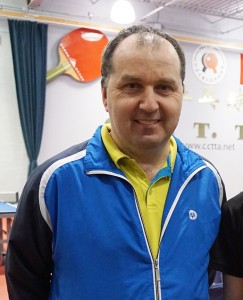 Horatio PinteaHead Coach
Horatio has represented Canada in international competition from 1982 until 2001, including the 1988 and 1996 Olympics as well as numerous World Championships.
Get In Touch

Originally from Romania, Horatio arrived in Canada in 1982. As a table tennis athlete Horatio has represented Canada in international competition from 1982 until 2001. During his time on the National Team he has participated in all major cometitions in the world including the 1988 and 1996 Olympics as well as numerous World Championships, World Cups (teams, singles and doubles). Just to demonstrate his longevity on the team, Horatio has represented Canada in 5 Pan American Games ( the Games are held every 4 years ) and has managed to capture at least one medal in each of the Pan American Games

Over the years Horatio has accumulated a great wealth of expertise in the field of table tennis. While playing professionally in Germany from 1990 to 1994 he had the opportunity to work as a coach for one of the most successful professional table tennis teams in the German league: SPVG Steinhagen the host club of some great table tennis names: Peter Karlsson, Johnny Huang, Carl Prean, Torben Wosik, Richard Prause, Lijuan Geng, Nicole Struse, Jie Schopp just to name a few.

Since 2008 Horatio and Lijuan have been coaching on a regular basis at the GTTA working with kids from 6 years of age to 15. 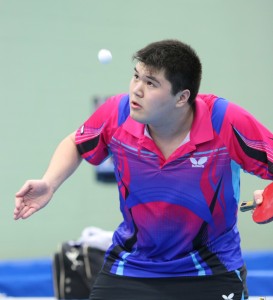 Jimmy Pintea is the North American U18 Table Tennis Champion in 2012.